On All Streaming Platforms 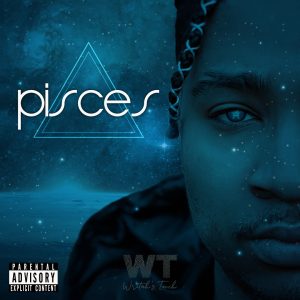 Last year was an interesting one to say the least. In spite of recent events, and the world practically at a standstill, things like music kept us all sane while the world stayed home. 2020 was supposed to breakout Roc Writah into his first tour, coming off electric performances at Baltimore’s Artscape and Light City Festival. At almost a two-year hiatus, he is ready to open up again and bring us to his new world through this thirteen-song album titled “Pisces.” The EP released in March 2019, but the tracks have disappeared from all digital platforms, prompting Writah to remaster four of the previous songs, “Creep Squad,” “My Own,” “So Cold,” and “Don’t Play With Your Food.” The album takes a dive into nostalgia for fans of his music, but with much anticipated newer singles like, “How” and “IYKTYK.”  The sounds are fresher, newer, and melodic films as Roc Writah uses his voice as an instrument to create lushful content. It is different than what OG fans comes to expect but, “Being open to growing, never putting myself in a cap allows me to create at my highest. I compete with my mind, well before ever writing a song. My fear of judgement or being expected to do something a certain way, can never justify my art. This is me going completely away from the norm, and this is why you’ll love it. ‘Cause you don’t know what to expect.” ~Roc Writah

Get your AirPods and stereos ready, because we have been waiting a long time for this, and do not expect to be disappointed. This is Writah Season and we will keep you updated for more content.

The Writah’s Touch family would like to say thank you in our own special way, through this unorthodox body of work and stay tuned on what’s next.

“Baltimore City holds an underrated budding star by the name of Roc Writah who implores clever wordplay, an effortless flow, and intricate metaphors in style of Pusha T with a twist of Drake. Yes, an interesting statement, but it does well for Roc.”

Fox Sports: Beyond The Headlines